“THE ICKABOG” FOR J.K. ROWLING FANS (ALL LEVELS)

Do you have children? Are you a Harry Potter fan? JK Rowling unveils “The Ickabog”, her first non-Harry Potter children’s book, which will be available for free online. She admitted it was a “political fairytale”  but as it is meant for children , it might be easy  to understand for foreign learners of the language and a good chance to keep up your English on a daily basis, on your own or with your kids. 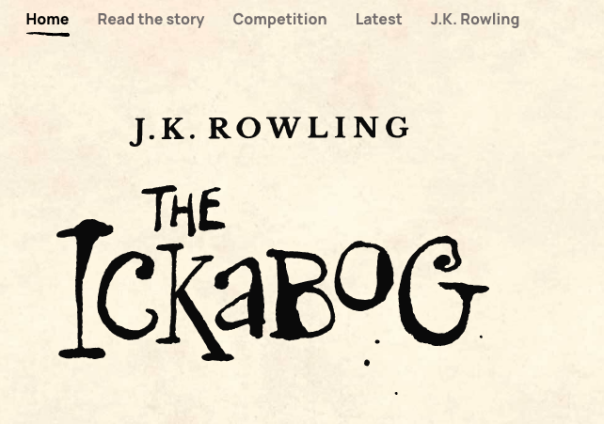 “JK Rowling has surprised fans with the announcement of a brand new children’s book, which she is publishing in daily instalments on her website for free. The Ickabog is her first children’s story not to be linked to Harry Potter. She wrote it over a decade ago for her own children and has now dusted it off.

It’s for “children on lockdown, or even those back at school during these strange, unsettling times”, she said. She had previously referred to it only as an unnamed “political fairytale”.

Chapters of The Ickabog are being published daily until 10 July on The Ickabog website.The first two chapters, which went online on Tuesday, introduced King Fred the Fearless, ruler of Cornucopia, and five-year-old Bert Beamish.Readers also learned about the myth of a fearsome monster called The Ickabog, which is “said to eat children and sheep”.

The author said she originally intended to release the story after the seventh and final Harry Potter novel came out in 2007. But she decided to take a break from publishing, and put the manuscript in her attic.”

Posted on May 26, 2020, in BITS & PIECES, GOTTA READ IT and tagged ALL LEVELS. Bookmark the permalink. Leave a comment.

This site uses Akismet to reduce spam. Learn how your comment data is processed.

Smart Up Your English

learn English and share your experiences (SERENDIPITY= the accidental discovery of something pleasant and useful!)